A number button is a good way to teach kids basic math skills. Buttons come in different shapes, including oval buttons and square buttons. Combine subjects like math with art to keep kids engaged in homeschool, afterschool or anytime. 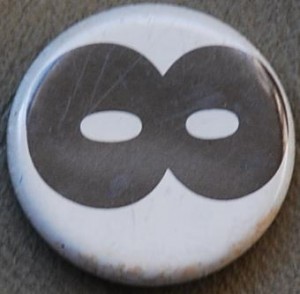 Make buttons forever, and ever, and ever… with an infinity button. Here is a great resource for explaining the idea of infinity to people of all ages.

A Remembrance Day button making activity is a neat way to teach kids about the holiday. 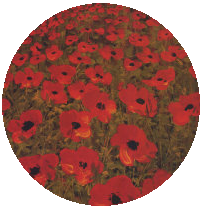 Here are some other ideas about how you can come together as a family, educate younger generations, and celebrate together this Remembrance Day.

It’s important to teach younger generations that, while remembering veterans is good, some people consider it rude to wear a poppy after Remembrance Day. If kids like the idea of wearing a poppy, it might be better to wear a veterans pin-back button. 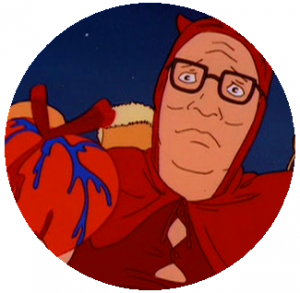 This King of the Hill button was made right from the TV show.

You can create cartoon buttons, or any other kind of buttons. Trade pin-back buttons with your friends, like you would with Valentines cards. Better than candy, since they last longer, and I don’t think anyone is allergic to buttons!

It may be the end of the school year, but that’s no reason to forget about education! 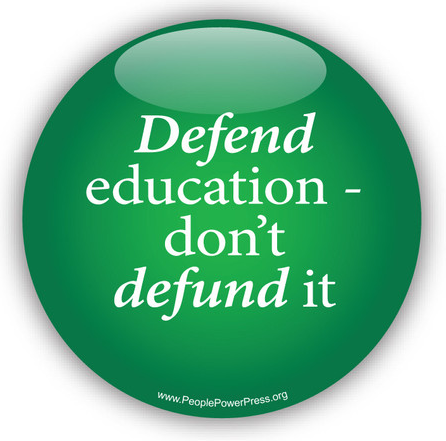 Summer time is the best time to start thinking ahead to the fall – you and your neighbours can empty out your bookshelf of old books to donate to younger students, or you could see if you can use the empty parking lot in the school to have a car wash and make some money for after school programs.

Check out this school in Toronto that has no tests or homework! Do you think you could get these practices implemented at your local school?

Did you know that The Simpsons used to air on Thursday nights? It was a perfect time slot, since the show wasn’t pre-empted for sports; and if you were one of the few kids who was allowed to watch it, you were able to impress the other kids in your class with quotes.

Three television buttons. These Simpsons buttons show some of the most popular characters.

Were you allowed to watch The Simpsons when you were a kid, or were you one of the kids who tried to spend Thursday nights at my place? If you are a kid, do you know of kids in your class, camp, or after school programs who aren’t allowed to watch it?

Do you remember this game?

Mother’s Day is a perfect time for kids, or kids at heart, to make buttons for their Mom. 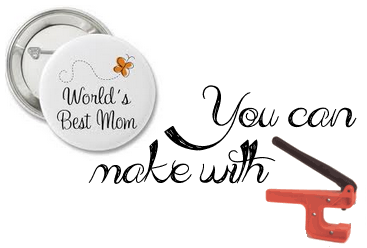 A Mother’s day pin-back button is a great gift. Mother’s Day buttons can be easily made by all ages with the Badgeaminit button maker.

Badgeaminit makes high quality buttons that your Mom can wear on their coat or bag for a long time – better than a card! Get your button maker, so you can make one of a kind custom buttons for your Mom here.

Lego, like buttons, can be made into almost anything!

A couple Lego buttons, including a pin-back button from Denmark (the home of Lego) reading “bouw wedstrijd” or “building contest”

What is the most creative thing you have made out of Lego or a button. Have you ever made a Lego button? I wonder if anyone has tried making a button out of Lego?!

Alice in Wonderland is a book written in 1865 which has spawned many abridged versions – usually meaning ‘easier’ because they omit words that might not be understood by those who who are new to the English language, younger children or others who don’t want to or are incapable of reading a longer book.

Alice’s Adventures in Wonderland (the complete title is often shortened) ranks in the “top 50” list of many different children’s novels lists, so it’s no surprise that the novel has also been re-created in other forms, including movies, comic books, and plays.

I have been to a puppet show about the novel, seen several movies, and when I came across a comic book version I decided to make a pin-back button of Alice. 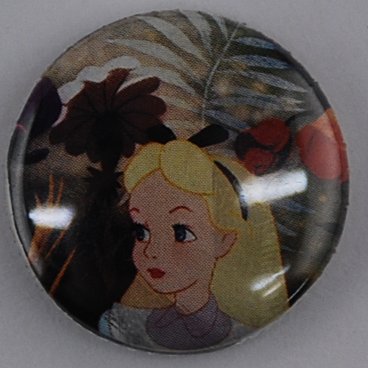 This pin-back button shows Alice in Wonderland. You can make pinback buttons of any favourite book character.

Who is your favourite book character? Why don’t you make a button of them? This is an ideal activity for a reading club, classroom or homeschool. You can purchase an economical button maker from Badgeaminit.

Making buttons is a wonderful way for kids to pass the time over March Break, or any time the weather is too bad to play outdoors.

Badgeaminit button makers are colourful and compact – perfect for kids!

Buttons are one of a kind gifts for the teacher at the end of the school year, a way for kids to make some extra spending money, and helps improve eye-hand coordination.

Get your Badgeaminit button maker so your kids, and anyone in your home who is a kid at heart, can make a bunch of custom buttons. If you’re already spending (or suffering through) the holiday, at least you can make some March Break buttons next year!