It’s getting sunny out – so here are some sun buttons! 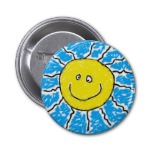 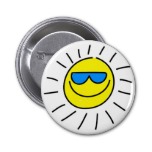 This sun badge is so sunny, it needs to wear sunglasses!

What are you going to do now that it’s sunny outside? Badge a Minit button makers are small, so you can take them with you to the park or cottage and make pin-back buttons! 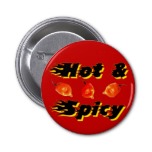 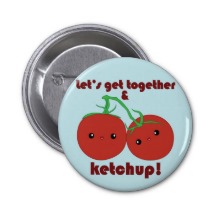 This ketchup button says “Let’s get together and ketchup”

I like putting on ketchup and hot sauce, as well as BBQ sauce – Do you want some hot dog with that sauce?

I think I’m in need of a ketchup intervention:

Summer time means ice cream trucks at the park, cotton candy at the fair, and hot dog carts all over the place! 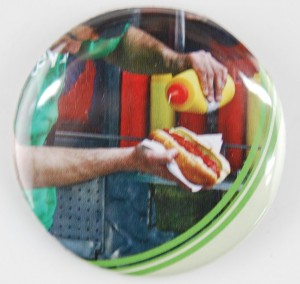 Hot dog button – thankfully not hot, so you can touch it.

Not too many people like a plain hot dog – come back later for stuff to go on top of your hot dog button.

Check out how hot dogs are made! 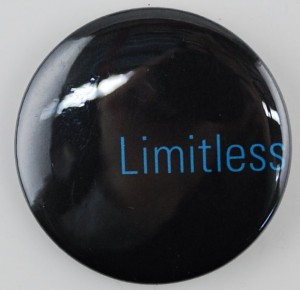 A word button with one word – Limitless. The options are almost limitless for making a pin-back button! 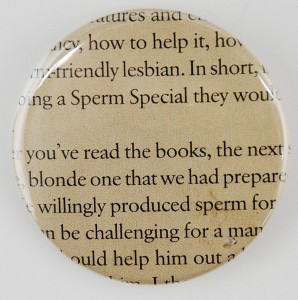 This word button is very wordy! It’s a good LGBT button for getting people curious and coming close to read it.

Ikea Monkey may be a far memory, especially after all the other interesting things that have gone on in Toronto recently…

With all the monkeying around Rob Ford is doing, what better incumbent than Ikea Monkey?! Show your support with an Ikea Monkey for Mayor button!

… but don’t you think he would make a better mayor than Rob Ford? 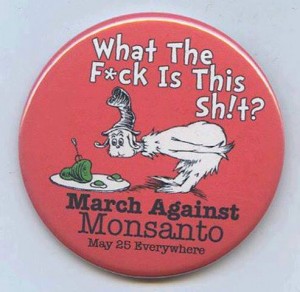 Environmental matters are important! Wear a political button and fight for your right to not have to ask “What the fuck is this shit?” with a March Against Monsanto button!

To learn more and know when your community is having a March Against Monsanto, go here 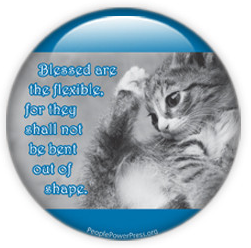 A pin-back button with a pussy cat on it. This cat button reads “Blessed are the flexible for they shall not be bent out of shape”

I wouldn’t recommend putting a cat button on your cat though.

Want to make a cat button with your furrball baby on it? Get your button maker and supplies and hopefully your cat won’t try to sit on the box when it comes in the mail!

Did you know that The Simpsons used to air on Thursday nights? It was a perfect time slot, since the show wasn’t pre-empted for sports; and if you were one of the few kids who was allowed to watch it, you were able to impress the other kids in your class with quotes.

Three television buttons. These Simpsons buttons show some of the most popular characters.

Were you allowed to watch The Simpsons when you were a kid, or were you one of the kids who tried to spend Thursday nights at my place? If you are a kid, do you know of kids in your class, camp, or after school programs who aren’t allowed to watch it?

Do you remember this game?

People who are pregnant in Canada have the right to choose, but unfortunately others across the planet do not have this right.

Pro-Choice button reading “Get your rosaries off my ovaries”. Support the Right to Choose with this Women’s Rights button!

Even in Canada, access to abortion varies greatly depending on where you live. People in rural areas sometimes have to travel for hours to reach a doctor who can preform an abortion.

Dykes on Bikes has been around for close to 40 years. It started in San Francisco, but has a Canadian chapter in Toronto. 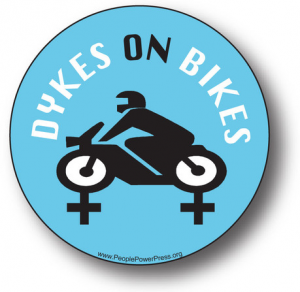 Dykes on Bikes button. Let others know you’re a dyke who loves to ride a bike with this Lesbian button.

Check out this awesome footage of Toronto Dykes on Bikes at 2010 Pride.

Come to the Pride Parade this year on June 30th to see more!